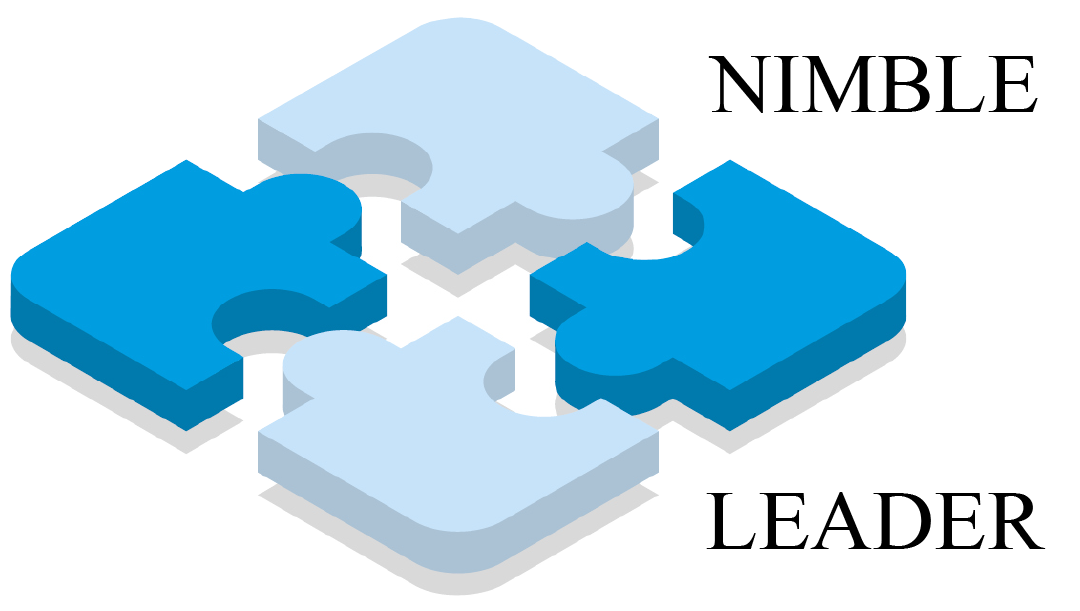 How do You See New Leadership?

Do you see someone new in your organization as a threat, a valuable resource, a competitor? I’ve observed all three reactions in my peers, subordinates and even superiors in my lifetime. When I was young, I could be influenced by the way others thought, all Naval Academy graduate SEAL officers were snobs, all SEALs from the south were great shots, all guys from California were laid back, you get the picture.

Learning to take each person as they presented themselves, to experience regular interaction and eventually, yes to judge them on their merits or lack thereof, was a maturation process that took several years. I had to overcome the pressure to conform to the opinion of others and to evolve a personal and professional belief system that was strong enough to survive nonconformity and social pressure. Blank slate leadership is useful when you apply this principle to leading and assessing human performance, but it is also a way to approach challenges and solution design. Fresh ideas are often crushed by prejudicial hierarchies in companies, not necessarily because of ethnicity, but because of youth and a traditional requirement that with tenure comes the privilege to speak and to influence.

I’m susceptible to prejudice, opinion, attitude, and a whole host of behavioral drivers that could, if I allowed them to, modify my present and future leadership actions. My experiences growing up and, in the military, proved to me that people are what they are, not the labels others place on them. I learned another hard lesson during my early days in the SEAL Teams. Youth wasn’t a virtue. In the military, as in many professions, tenure was king. Military rank and advancement are based on tenure defined by years of dedicated service. There were a few that jumped ahead early, but it was rare.

When I joined SEAL Team Two, I became a student of the older, more experienced SEALs and listened to their stories over and over to glean the lessons learned, techniques and tactics, that had made them so effective in Vietnam. These were rule breakers, the original disrupters. Whatever worked was worth trying, at least in Vietnam. By the time I joined the SEALs in the late 1970s, these veterans were in their early thirties. They were now senior enlisted men, tenured experts, repeating everything they’d learned before the United States pulled the SEALs out in 1972. Around 1980, the Vietnam vets were retired fast, the younger post-Vietnam SEALs were spreading their wings, making changes.

The missions began to change too. Artic warfare, enemy ship attacks, and over the horizon infiltration by air dropped rubber boat. We still had jungle warfare responsibilities, but the new mission areas were wide open to experimentation. I began to have influence along with many of the other young, non-Vietnam veteran SEALs. For my first three years I’d learned what it was like to be considered stupid based on age and “inexperience” and I vowed to discontinue the tradition of suppressing new ideas and new people, if I ever became a SEAL leader.

Even today, these memories come rushing to the forefront when I witness senior leaders ignoring young insight and ideas. I can’t be everywhere, but I can foster a work culture that is mature enough to allow for wild thoughts and inspirations to enter into the conversations. You don’t have to agree or even act, but you should be willing to listen and pay attention. If you have been a victim of this form of discrimination you understand what I’m saying. If you are a traditionalist holding onto the past because you are an expert in the past, you need to drop that baggage and wake up. You cannot be a nimble leader and seek creative solutions looking in the rear-view mirror all the time. You’re bound to run into the thing you can’t see.

Objectivity is difficult to pull off for all the reasons discussed and a whole slew of other behavioral drivers. Habits are behavioral patterns, and they are a source of comfort and security for most of us. Risk taking, in any form, challenges our patterns of behavior. Casting aside those comfortable habits is the first thing an objective leader must do when faced with the unknown. Clear out the rubbish and the history lessons and listen openly, sincerely, and objectively to new input. Processes and systems are not based on the objective reasoning required today and tomorrow; they are based on the objective reasoning of the past. Show me a process, an organizational chart, or a supporting system and I’ll be able to find out quickly what year they were established and in what market or operational environment they were implemented. I think you see the issue here. An over reliance on these management structures become habits and eventually habits become tradition.

I shake things up quite a bit. My folks would tell you I shake things up too much. Maybe that’s true, but I do this because I look at decisions as objectively as possible. Champions of this process, or that system, are just that, advocates for the status quo. Strive to create a management communications methodology that embraces crazy new, while respecting the applicable logic of established conventions. Facilitate objectivity by breaking down the advocacy groups and gaining their trust. Objectivity is the first step to validity (and operational sanity).

I’ve found many leaders understand this philosophy in theory but lose sight of its value once in the trenches. They abhor change and celebrate stability. So do their direct reports, and often all for the sake of stability. This is a dangerous path. As discussed in the chapter about Black Swans, ignoring young, fresh ideas and concepts, being a bull headed advocate for the status quo, and refusing to step back, drop the baggage and think objectively, is the reason Black Swans are a surprise to so many businesses. Be nimble, be objective.

When bright young people are ignored and their ideas are tossed aside as foolishness, it feels unfair to them. Sure, most entry level professionals have book learning and maybe a smattering of industry related experience, but you know that already. Why be threatened by this desire to help? This is true for any employee or subordinate leader who has an off the wall insight. You’ll be amazed at how many enlightened, objective thinkers you have in your company if you just give them half a chance.

We see it in the younger employees but this pent-up motivation to fix and improve things is not an age-related passion. The problem is tradition. The longer a person lives under a regime the more they cope, compensate, and comply. It’s time for you to create a culture where people feel comfortable tossing out thoughts, large and small, for consideration. Of course, not every idea is a winner, but I guarantee you it’s better to have hundreds of ideas and half-baked solutions to choose from than to look at a conference room filled with silent, compliant prisoners of the past.

Kickstarting this type of engagement is tricky. Your leaders must be involved, and they must want the new culture to succeed. You must establish the ground rules and make it clear that intolerance is the enemy of innovation. You must show them how to be fair minded when hearing new ideas, regardless of the source, regardless of the logic of the thoughts. No great idea springs from the head of a person fully formed into a battle plan. Ideas often flash by in bits, and pieces, and parts, unorganized but many times tantalizingly attractive. Another aspect of blank slate leadership is judgment. Did the Vietnam veterans show good judgement when they told the new SEALs to stop thinking, shut up, and learn? Hold yourself and your subordinate leaders accountable for good judgement. Sound judgement and fairness can go a long way to ensuring objectivity and creativity thrive. Try it!

Every martial arts movie that comes out of Asia has a wise, white haired master who is the repository of all the collective wisdom and knowledge of his art, in most cases, kung fu. This character is a staple in these movies, and he represents a fact of life, there are those who have lived, loved, lost, and won, and more importantly, survived to become special. Wisdom is precious because it is costly. Most never gain wisdom without great sacrifice and many perish before attaining this lofty attribute.

If you believe that wisdom is the sum of all your mistakes your aligned with my interpretation. Wisdom is collective pain, and a wise person is the reservoir storing that pain. The phrase “no pain no gain” is appropriate here. Wisdom therefore takes time. It’s not necessarily a matter of age though, a seven-year-old tossed on the street, parentless and unsupported, could gain great wisdom by the time they were twenty-one years old. An employee or leader who survived multiple repetitions of a stressful project process might gain five years’ worth of wisdom in a condensed time frame. Age is not the way to identify wisdom.

Wisdom expresses itself in subtle ways. Objectivity born of multiple attempts at irrational exuberance, or maybe poise derived from experiencing countless obstacles and challenges. Wisdom is valuable because it implies grounded intelligence. Not book learning, not Ivy League pedigrees, but functional intelligence, sharpened on the rough stone of failure. Being averse to objectivity reduces the opportunities to grow wise through risk taking.

Suppressing oblique insights from people you don’t respect due to age, or tenure, or educational background, results in leaders treading water, masters of what they know and little else. To become wise, you must take calculated risks, you must have the courage to fail, and you must learn from your failures and push on. It’s scary, I know, I take calculated risks everyday as a CEO, and not all my calls pan out. I am wise enough to know staying in the fight and taking risks is making me stronger, wiser and in the end more valuable to my company and my board. Taking people at face value, expecting the best, not the worst, is the essence of blank slate leadership. Ignore the white noise, use your judgement and wisdom, and experience each person one at a time, you’ll be surprised how many great people there are in the world!