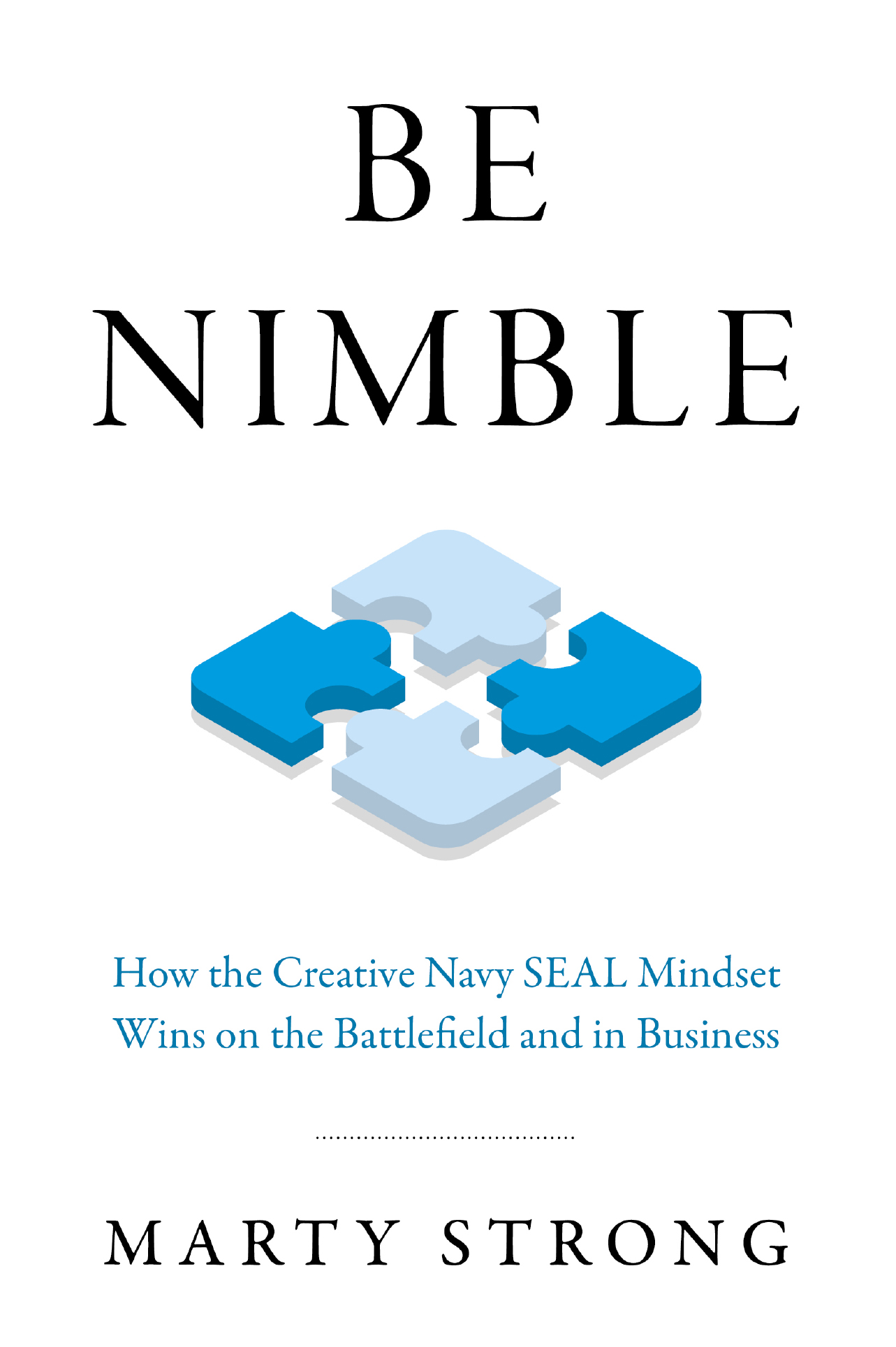 How quickly a person must execute a task, or how frequently tasks hit a person, define velocity of work in the context of Be Nimble is my experience. There is a famous episode from the old I Love Lucy show called Lucy and the Chocolate Factory (available on YouTube), where Lucy and her friend Ethel decide to take jobs wrapping small chocolate candies. In the famous skit, the two women handle things well until the conveyor belt accelerates. The velocity eventually spells disaster for the two candy workers and provides a good laugh.

As with volume, tasks can be characterized as simple or difficult. Good organizational and position design should logically take both volume and velocity of work into account. Regrettably, this is not normally the case. Planners start with good intentions, studying the workflow steps between tasks and between people or workstations. They identify the elements and sub elements of each separate critical, and not so critical task, and then they assign time expectations to perform the work to their performance standard. This should be sufficient to guarantee success, but often is a shallow understanding of what is going to happen. Once the job or task is designed job postings are created, new employees are matched to these design elements and hired, or existing employees are rotated and placed in the new positions, all based on this design approach.

So why have I seen this approach not succeed in practice? There are a few reasons. One reason is evolution. Eventually, the meticulous, one time, position design effort grows stale or even obsolete. It fails to cope with an evolving new normal. Picture in your mind a dam built to withhold a set amount of river water. Everything is fine until a subtle multi-year climate shift occurs. The spring melt always delivered a predictable amount of water to the place where the dam stands tall, protecting the valley further down. Then, one spring, a rapid torrent of water slams into the face of the dam in a short amount of time. The dam’s original systems design may or may not have anticipated this climate change years in the future and it will Volume, Velocity, and Complexity remain to be seen if the structure can successfully bleed off the intense, non-standard flow using its control gates.

Lucy and Ethel experienced an increase in the pace of simple tasks, the challenge was speed and quality execution. The engineers who built the dam were challenged by an unexpected increase in water velocity that happens in the spring. In either example, velocity of work can destroy employee and leader morale and effectiveness as they struggle to keep up or deal with one rapidly occurring event. Some people are wired to do this well, think of air traffic controllers. As mentioned previously, I graduated from the Navy’s RADAR operator and air traffic control school before going on to SEAL training.

Our starting class in RADAR school was preselected through intense aptitude and IQ testing. My classmate and I were all capable, on paper, of succeeding. At the end of course only fourteen of the original thirty students graduated. The key discriminator? You guessed it, the ability to cope with rapidly changing information, observed and graded in real time, to a strict standard, at an ever-increasing velocity of target data delivery. Unlike work volume, challenges associated with velocity are easier to detect. In the Lucy example, velocity issues become comical and then dramatic.

Velocity failure is dramatic and very public. People are seen by their coworkers failing in critical ways and the company suffers. Many times, the failure (unlike volume failure which often elicits sympathy) to handle the velocity of work makes the leader or employee appear incompetent resulting in replacement, termination, or resignation by the affected person. The first two drivers of work stress and task management failure have each been difficult in their own way. Next, we’ll tackle the subject of work complexity. By now, you’ve probably figured out velocity of work isn’t my personal Achilles heel either.

What people are saying about Be Nimble

The key to the success of any business is the effectiveness of the management team, a truth proven repeatedly over my thirty-year investment career. Having worked closely with Marty Strong as the leading investor and chairman of his board of directors, I can attest to Marty living his Be Nimble principles every day. As a strategic thinker, he transformed a small, acquired healthcare company into a rapidly growing market segment leader. His talent at organizational design allowed the team to scale up operations to deliver higher quality medical services. He is a dynamic business leader, put simply, Marty leads by example and is a high-performance innovator. Be Nimble will be required reading for all our portfolio company executives.

Be Nimble, How the Navy SEAL Mindset Wins on the Battlefield and in Business, is a testimony of leadership and success written by an effective, well-respected Navy SEAL officer and world-class business leader. The book is full of brilliant ideas and provides a straightforward approach to decision-making that can be employed regardless of personal or business objectives. Marty Strong’s vision, his strength of purpose, and his focus are on point. He provides the reader with a rare opportunity to access proven advice, unlike anything available in the conventional business world, that can be utilized by any person or organization approaching significant challenges and/or when building strong and effective teams.

New York Times bestselling author of Inside SEAL Team SIX, and author of Reaching Beyond Boundaries: A Navy SEAL’s Guide to Achieving Everything You’ve Ever Imagined

For forty years, both in the SEAL Teams and in business, I’ve marveled at how Marty Strong’s adaptive mindset could cut through the fog of distractors to identify the real challenges we were facing. I often observed his asymmetrical thinking kicking in, providing us razor sharp focus, and allowing us to crystalize a workable solution. Time after time, his creative energy and leadership produced the WIN-WIN outcome we were all seeking. I can remember saying to myself, “Why hadn’t I thought of that?” For decision-makers, Be Nimble, How the Navy SEAL Mindset Wins on the Battlefield and in Business, will give you and your team the keys to the same innovative, strategic insight that marked Marty’s leadership and selfless success both in the SEAL Teams and in business. 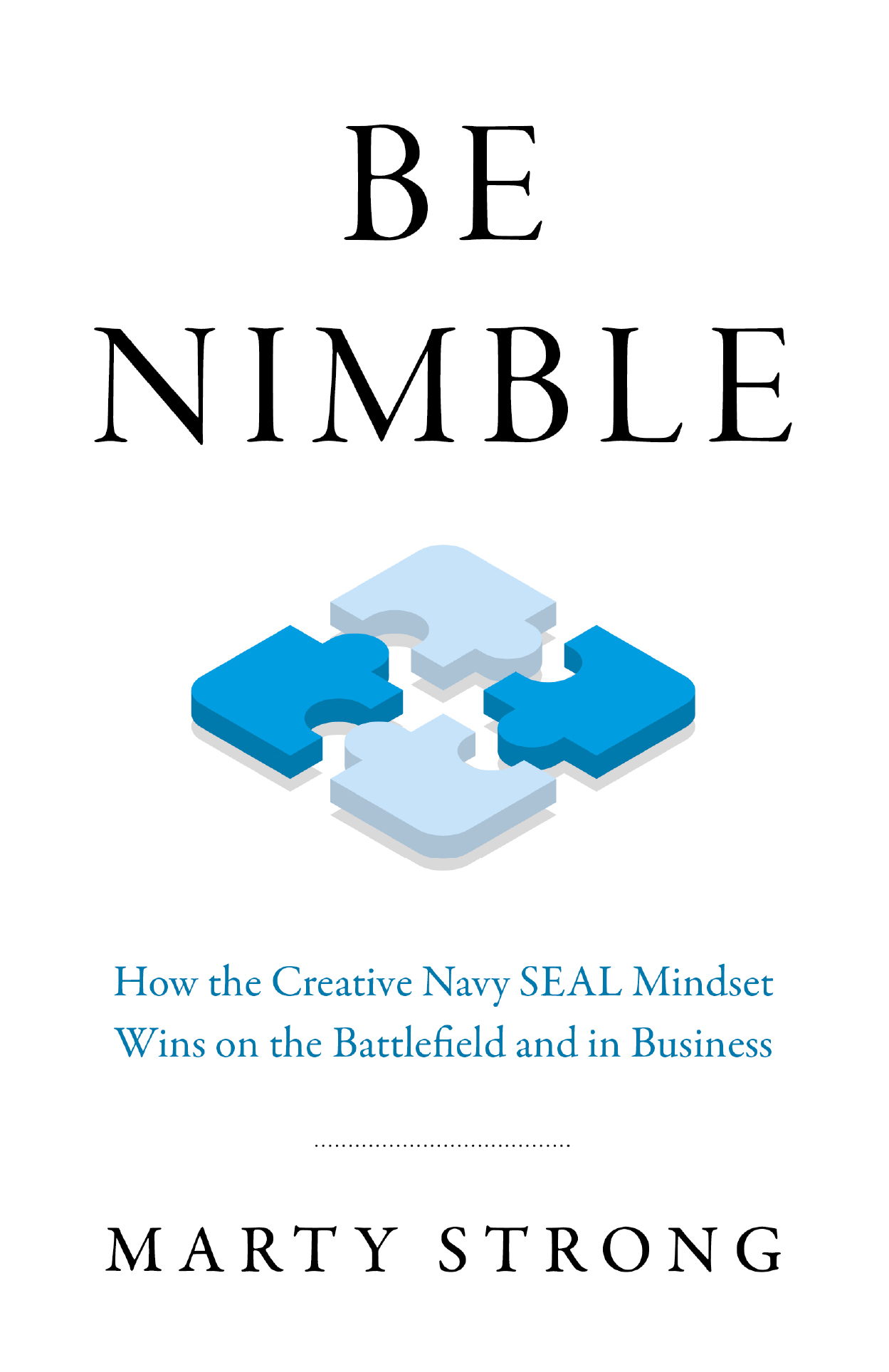 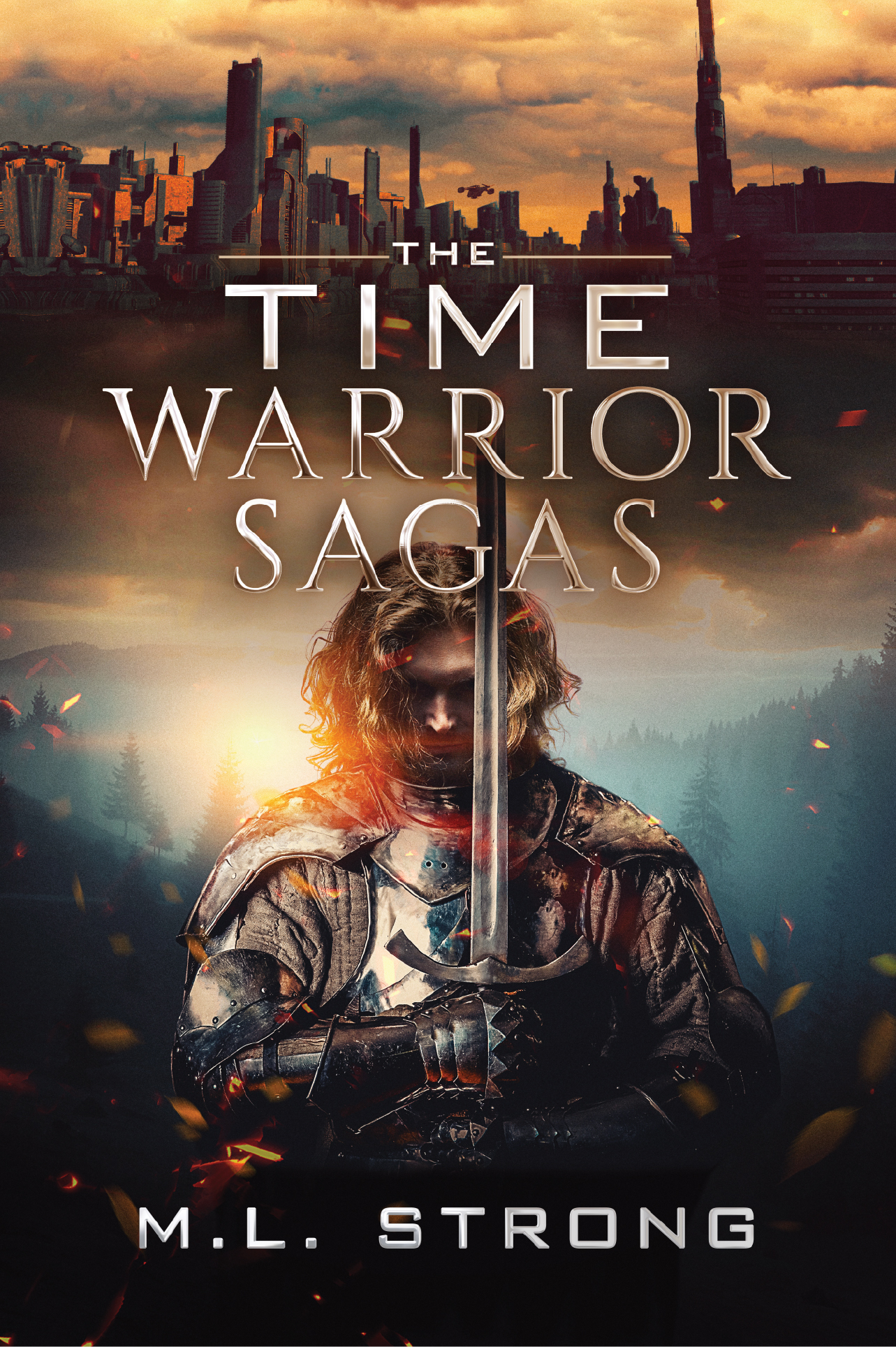 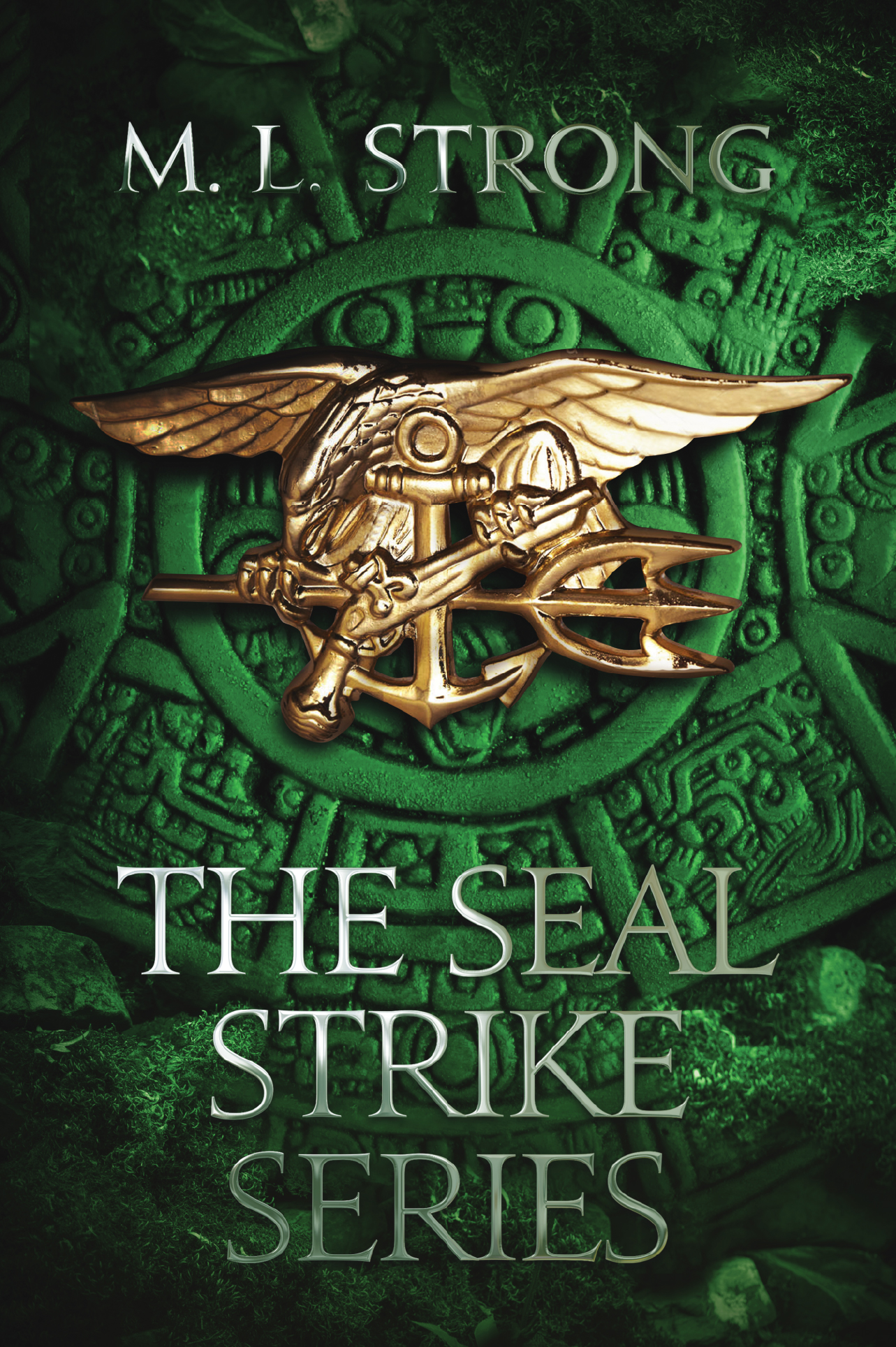